The most established of the tree crops in the region, there are 90,000 pecan trees - 25% of which are over 45 years old. The largest farm in the region is Trawalla, based at east of Moree at Biniguy and owned and operated by Stahmann Farms. The farm gate value of the crop is estimated by local producer 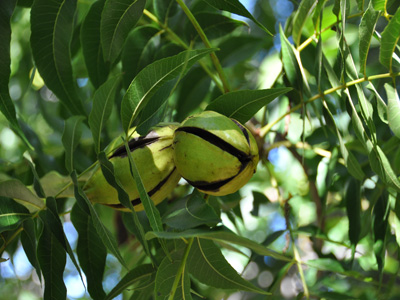 The Stahmann Farm operation is the largest in the region, producing approximately 90% of Australia’s pecans. Australia is the fourth largest global producer of pecans.

The pecan needs deep well drained soils, cool winters and 350-400 hours of temperature at or below 7oC. The crop will tolerate moderate frost but can be adversely affected by late frosting. A minimum of 2,000 heat units are required from October through to April to enable nut development. Pecans are a slow growing tree, cropping lightly after five years, but not reaching full commercial capacity until around ten years of age. Pecans are a deciduous crop. Budburst is in October, with peak water use in January and February during nut development, and harvest in May and June. Pecans are washed and sorted following 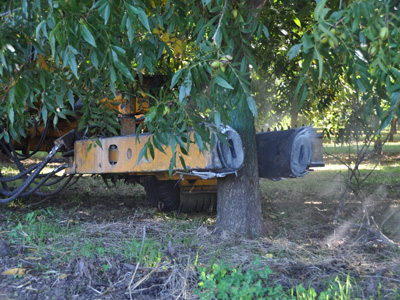 harvest at the farm, before being transported to Toowoomba to the processing plant.

Stahmann Farms Enterprises has its own seedling nursery in Moree. This nursery, and the active research and development program run by the business, are targeting a doubling of pecan plantings in the next five years. The nursery includes an in-field section where trees are produced to be grafted and transplanted as three-year old bare-rooted trees. A potted tree nursery has also been developed whereby grafted trees are produced in pots, to be transplanted into the field following three seasons in the pot.

The original pecan plantings at Stahmann Farms were irrigated using boarder check flood irrigation, which uses approximately 8 to 10ML/Ha annually. In recent years, there has been significant investment in subsurface drip irrigation, enabled for a reduction in water use to approximately 6 to 8ML/ha. The business is currently investigating a number of sprinkler and surface drip systems. These, however, are limited to plantation areas which are not 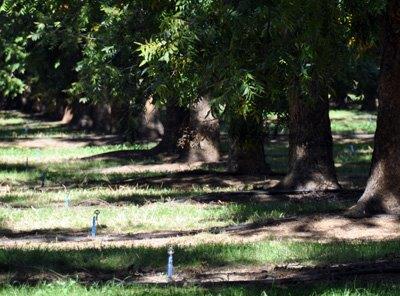 subject to inundation during flooding.

The other main pecan producer in the Gwydir Valley is Pally Pecans; more information on this operation can be found at; Pally Pecans