The Gwydir Valley is one of the key players in Australian cotton production, with cotton growing perfectly suited to the region. Having been grown in the district since the mid 1950s, cotton production increased dramatically following the completion of Copeton Dam in the 1970s. This meant that irrigation could be used over more area to increase the quality and yield of cotton. The development of a major breeding program since these early days has further improved both quality and yield.

There is an average of 79,649Ha of dryland cotton (63% of the NSW production) and a further 74,570Ha of irrigated cotton (40% of NSW) planted when irrigation water is availa 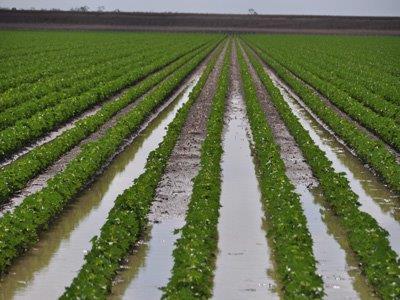 Yields in the Gwydir Valley are typically some of the highest in Australia, typically 11bales/Ha for irrigated cotton, and three bales/Ha for dryland.

Planting takes place from late September through until November, with picking usually during April.

Rainfall during the growing season is important to both dryland and irrigated growers, and can vary significantly by season.

Dryland producers have their planting date determined by rainfall and soil available moisture, while irrigated growers have more flexibility. Reliability of irrigation water is the single most limiting factor to long term consistent irrigated cotton production. General security licences have a reliability of only 36% while supplementary water has a reliability of 55%.

Given that the Gwydir Valley is characterised by low irrigation 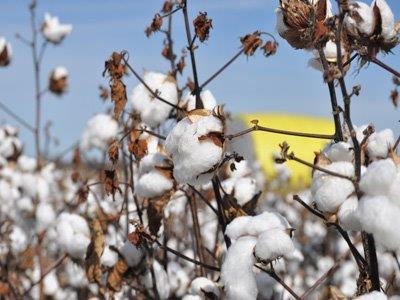 water reliability, annual crops such as cotton prove the perfect choice as an irrigated crop.

Annual crops give growers more flexibility, as they can be planted only when irrigation water is available.

Cotton is a summer crop, so it is grown when the region typically receives the majority of its annual rainfall. Cotton can also be grown as either an irrigated crop or a dryland crop.

The gross margins for both irrigated and dryland cotton are good, although there is significantly more risk associated with growing cotton compared to some other alternative crops.