The GVIA covers a number of local government areas, and thus incorporates a range of communities and their varying, and often exciting, production capabilities. Local government Included in the GVIA region are the Moree Plains Shire, Gwydir Shire, Inverell Shire, Glen Innes Severn and Uralla Shire.

The majority of irrigation water is used downstream of Copeton Dam and hence, is concentrated in the Moree Plains Shire Council (MPSC) local government area and the western section of the Gwydir Shire Council. The following agricultural profile is focused on this area. Agricultural production statistics from the Inverell and Bingara regions have not been included in the following analysis.

The Australian Bureau of Statistics (ABS) estimates that there are approximately 1,782,928Ha of holdings in the MPSC. Of that, an estimated 1,040,021Ha is principally used for agricultural crops. A further 640,598Ha is utilised for grazing, 4,508Ha of hay or silage production and 412Ha for other agricultural purposes. (A71210DO005_201011 Agricultural Comm 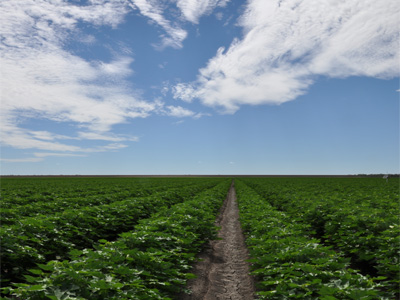 Moree is one of Australia's largest shires in terms of agricultural production. Favourable rainfall and conditions coupled with productive soils has afforded the region large scale, globally competitive, operations.
Agriculture is the dominant industry in the shire, contributing over 40% of Gross Regional Product, employing 20-30% of the population and accounting for almost 90% of exports from the shire. (Cotton Catchment Communities CRC Communities and People Series 2009)

There can be quite significant variations in agricultural production in the shire, principally attributed to climatic conditions and the availability of irrigation water. This variation is apparent in broadacre, horticulture and livestock industries.

Agricultural production in the MPSC is dominated by broadacre cropping. There are however a number of very successful horticultural operations, with the region fast cementing itself as a hub.  Currently there are approximately 1,500Ha of pecans, walnuts, oranges and olives being grown within the region. They generate an estimated $31 million, with considerable benefits to the local community as a high intensity, permanent crop. 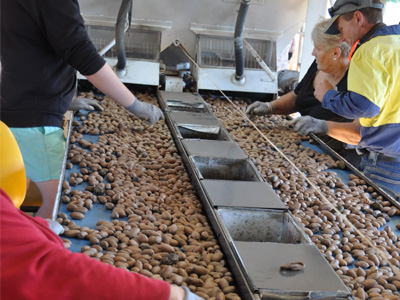 All tree crops in the MPSC are irrigated. The primary irrigation system used on tree crops is drip. Producers with permanent plantings all have access to high security water licences or groundwater licences which are 100% reliable.

There is significant potential for expansion into horticulture and improvement in high security water utilisation on permanent cropping. A report commissioned by the GVIA "Horticulture Alternatives in the Lower Gwydir" by Industry and Investment NSW in 2009, identified Moree to be an ideal location to expand the horticulture industry.  The report identified that the region's strengths being its suitable soils and landform, an ideal climate providing appropriate heat and sunlight units for oranges and nut varieties, access to freight, as well as an elevated level of technical experience due to the existing businesses.