With the region often referred to as 'The Golden Triangle' for its strong broadacre cropping reputation, the ABS commodity summary estimates that 941,619Ha, or 13%, of NSW broadacre crops are produced in the Moree Plains Shire Council region. Only an estimated 75,000Ha are irrigated, the majority of which is cotton, and total broad acre cropping in the shire accounts for $859,899,598, or 94%, of the value of agricultural production in the shire.

Cereals are primarily a dryland crop, with the three primary cereal crops in the region being whe 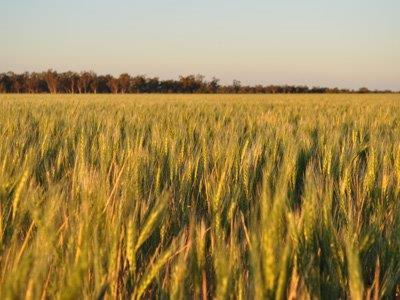 at (371,725Ha), barley (124,947Ha) and sorghum (80,705Ha). The shire accounts for approximately 10% of the wheat produced in NSW, 14% of the barley and 41% of the sorghum. The yield is dependent on the seasonal conditions, while the value received is dependent on commodity prices and quality.
The Moree Plains Shire is traditionally a prime hard wheat region. Malting barley varieties are often a part of the barley mix, but production of malt grain can be difficult. The planting window for wheat and barley is from late April through to June, but may be stretched to July if there are no earlier planting rains.

Sorghum is often widely planted in the eastern section of the region, in the western parts of the valley hot summer temperature limits its suitability as an option. Planting is in September and February, with the prime focus on avoiding flowering during peak summer. 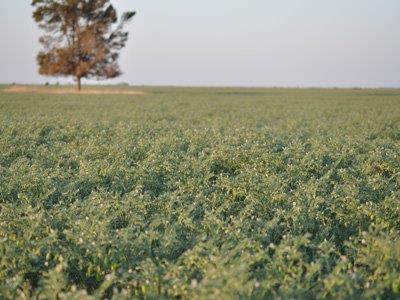 The single most important pulse crop in the Gwydir Valley is chickpeas (149,801Ha or 116,803ton) producing 38% of NSW’s chickpeas. They are planted as a winter rotation crop across most of the cropping area. An important component in any cropping rotation, their role as a break crop and as a legume cannot be overstated. Strong demand for chickpeas in markets such as India has increased the price for them, thus making chickpeas a profitable rotation crop.

From an oil seed perspective, there has been a growing interest in canola in recent years, although its suitability is still being determined. Additionally, there is an estimated 6,000Ha of sunflowers.