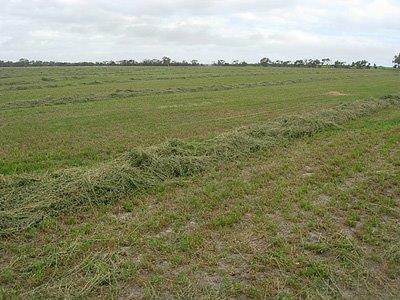 There is an estimated 4,508Ha of hay or silage producing approximately 13,903 tonnes annually. Comprised of a mix of lucerne, cereal and pastures, the 2011 Agricultural census estimates hay production is worth $1,777, 680 to the Moree Plains Shire economy, 0.2% of agricultural production.

Many of these hay producers are smaller operations who irrigate from small bore water licences. There is also an opportunity component within the industry, whereby dryland cereals may be cut sporadically by larger broadacre farmers if there is too little rainfall for satisfactory grain production.