The Gwydir Valley is a highly productive rural region located in North West NSW, characterised by rich alluvial soils. Its main watercourse is the Gwydir River, which has two main tributaries, the Mehi River and Carole Creek. The headwaters of the Gwydir River are west of Armidale and Guyra, on the New England Tablelands.

The Gwydir catchment is an inland terminal river network, or closed system as it is commonly referred to. River 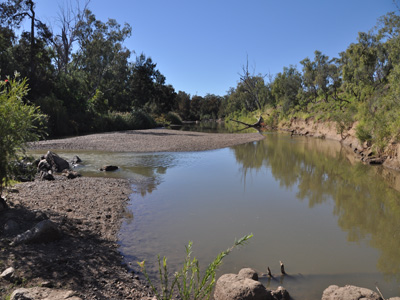 s' within the Gwydir diverge into a series of branching channels that distribute their flows across large areas, especially during flood times. Typically, water only reaches outside the valley, into the Barwon River during major (1 in 100 year) flood events, with all smaller flows discharged into the two main river channels - the Gingham and Lower Gwydir, which incorporate the Gwydir Wetlands.

The Gwydir Valley is also characterised by a number of groundwater sources including the Great Artesian Basin and significantly, the eastern and southern recharge zones for this.

Groundwater is essential in the region, as it provides the drinking water for many of the towns and properties and is one of the region’s major tourism attractions thanks to the Hot Artesian Spa Baths or Moree Artesian Aquatic Centre.

According to the Australian Government Bureau of Meteorology, the climate in Moree is characterised by long warm to hot summers, moderate and variable rainfall and a winter of cool clear days and cold frosty nights. Average maximum temperatures range from  170C-190C in the winter and up to 330C during summer. Average minimum tempe 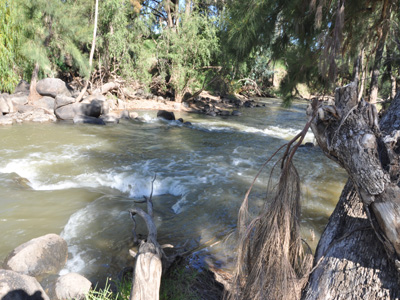 ratures range from between 40C and 50C in the winter to between 180C and 200C in the summer.  The annual average rainfall for Moree is 585mm. Rainfall is typically summer dominant, although rainfall is relatively even during the remainder of the year. Summer rain tends to be more variable impacted by thunderstorms in the warmer months.